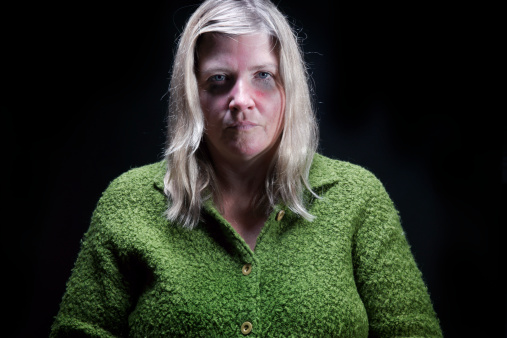 “I am living in hell from one day to the next. But there is nothing I can do to escape. I don’t know where I would go if I did. I feel utterly powerless, and that feeling is my prison. I entered of my own free will, I locked the door, and I threw away the key.” –Haruki Murakami

In trying to decide on a new topic of interest to older (boomer) women (born 1946-1964), I found the National Association of Baby Boomer Women (NABBW) website (https://nabbw.com) that listed about 50 forums just for this cohort.

I was curious and scrolled down and found “Domestic Violence.” 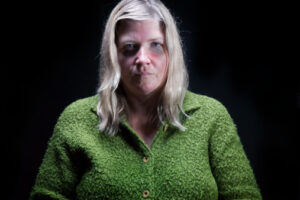 This forum surprised me.

Indeed, senior women were not, as a rule, subjected to emotional, physical, or verbal abuse from their partners. Or were they?

Domestic violence against older women would be outrageous!

After all, educated, worldly-wise, outspoken, self-assured, and influential midlife and older women living now in the 21st Century understand that the trend has been toward equality between intimate partners.

As of the date of this article in 2022, the oldest woman in this cohort would be 76 years old and the youngest 58 years old.

So, were older women frequent victims of domestic violence and abuse?

But then I discovered something shocking.

I clicked on the Domestic Violence forum on the website and found nine pages of comments.

I didn’t check the other eight pages in the forum.  Still, if there were a similar number of remarks regarding domestic violence, that would mean an astonishing number of older women reacted to the topic.

I found it difficult to wrap my head around this level of activity.

Then I searched “domestic violence in older adults” on Google and found, not surprisingly, 627,000,000 searches on the topic.

I knew that domestic violence was a severe problem in American society (and the world) in general, but never did I imagine a high level of interest in the topic of abuse against older women.

However, here, I found on just one website and on one forum thousands of older women sharing “personal” experiences.

I had to dig deeper.

What Is Domestic Violence and Abuse?

The National Domestic Violence Hotline definition: “Domestic violence is the willful intimidation, physical assault, battery, sexual assault, and other abusive behavior as part of a systematic pattern of power and control perpetrated by one intimate partner against another.

The Centers for Disease Control and Prevention (CDC) refers to this type of violence as Intimate Partner Violence (IPV); it is a “public health problem that affects millions of Americans.”

Domestic violence or “intimate partner violence” varies in frequency and severity and can intensify over time.

What Is Domestic Violence/Intimate Partner Violence in Later Life?

Domestic violence in later life is when the abuser inflicts the same treatment and tactics (power and control) as described above on an older adult with whom they have an intimate relationship.

The perpetrator could include a spouse or former spouse, adult children, extended family members, or even caregivers.

Any intimate person that tries to control or maintain power over the older adult, dictating what the older person can or cannot do, is guilty of domestic “violence” and “abuse.”

What Is the Distinction Between Domestic /Intimate Partner Violence and Elder Abuse?

The distinction between domestic violence and elder abuse remains vague and blurred because though managed by different agencies, they use the terms interchangeably.

Elder abuse also could consist of the mean neglect and abandonment of the older person.

Though each system operates independently, neither clearly distinguishes elder abuse from domestic violence.

These distinctions could impact the level of services the abused woman receives.

So how a woman is designated and what assistance she is entitled to (e.g., crisis intervention, safety planning, shelters, and peer support groups) depends on which system she enters.

The agencies often factor in her age when they admit a woman to either system.

A woman over 50, for instance, is commonly referred to as the APS.

Also, any frail woman unable to speak up for her needs would likely fall under the elder abuse (APS) category, but not always.

However, women capable of expressing their own needs would possibly enter the DV programs.

The Illinois Department on Aging uses the term “domestic violence grown old” when describing the domestic abuse of older women.

Who Are the Domestic Violence Abusers in Later Life?

There is no standard definition.

While most reported the spouse or domestic/intimate partner as the abuser in later life, researchers have found that some states include other family members as perpetrators of domestic violence.

Family members as perpetrators include adult children—and caregivers in some cases.

The CDC characterizes an “intimate partner” as anyone with emotional connectedness or regular ongoing physical contact with older women, including adult children and caregivers.

Again, the fact that there is no standard definition for abusers in later life means that older women risk not getting referred to the correct system (APS or DV) and therefore receiving the quality services they deserve.

What Agency Does What?

Domestic Violence programs (DV) would more likely have the training, skills, and procedures to help older victims of domestic abuse.

Elder abuse services (APS) would include assisting and protecting older women with diminished capacity and unable to articulate their needs.

It should not be an either-or situation.

Family background. Young men who witness their fathers beating their mothers often grow up believing that men must control women. They resort to scaring, hurting, and demeaning women to exercise this control.

What Are the Statistics?

Statistics for 2018: The National Domestic Violence Hotline statistics for Intimate Partner Violence (IPV) affect more than 10 million people in the U.S. each year, which means that 20 people are victims of IPV every minute.

On an average day in the United States, there are more than 20,000 phone calls to domestic violence hotlines.

An estimated 1 in 3 women have experienced some form of IPV, and women between the ages of 18-24 are most commonly abused by an intimate partner, according to National Coalition Against Domestic Violence (NCADV).

However, in The Encyclopedia of Adulthood and Aging, John Wiley & Sons, Inc. published a 2016 report that discussed how little consensus there is about widespread IPV among older women. The reasons include the following:

The Wiley & Sons report also referred to a 2007 study that revealed the lifetime prevalence of IPV for women aged 65 years and older to be 26.5% with, 18.4% of older women experiencing physical or sexual abuse and 23.9% suffering a nonphysical injury.

And according to the article, “Intimate Partner Violence in Older Women: What Home Healthcare Clinicians Should Know” (2010), there are few IPV statistics regarding older women because reports often omit these women from reports due to statistical unreliability.

The statistical unreliability concerning older women could be due in part to various societal barriers:

In a 2005 report by the National Domestic Violence Hotline, 3.5% of the callers were people older than age 55.

A 2003 report estimated that 13,000 women in the United States over age 55 reported incidents of IPV.

Thus, due to gaps in the literature and inconsistency in definitions, we may never know the true extent to which women over 55 are victims of IPV.

What Can Be Done to Prevent Domestic Violence Against Older Women?

The United Nations (2013) also found that retired women had a higher probability of abuse than those still working because a woman’s financial dependence on her partner and isolation are everyday experiences shared by older abused women.

How Can You Help?

Domestic Violence in later life occurs all too often when a person uses his power and control to inflict physical, sexual, emotional, or financial exploitation upon a defenseless older adult woman with whom they have an ongoing relationship.

Based on the above statistics, intimate partner violence (IPV) against boomer and older women appears to be among the least reported crimes—in part because many people view such violence as a social ill or a private matter, not a crime.

These perpetrators could be spouses, former spouses, partners, adult children, extended family, and in some cases, caregivers.

But no matter, in all of these relationships, the abuser has turned what should be a loving and peaceful home into a “cage” meant to restrain, confine, and eventually destroy the soul and kill the spirit of the beautiful senior woman residing there.

Domestic violence is without question “the dark side of family life.”

We must stop IPV or battering of older women at once!!

“One’s dignity may be assaulted and vandalized, but it can never be taken away unless it is surrendered.”—Michael J. Fox

U.S. Department of Justice, Office of Violence Against Women (https://www.justice.gov/ovw)

“Domestic Violence or Elder Abuse: Why It Matters for Older Women”

The Encyclopedia of Adulthood and Aging Report (2016)

National Committee for the Prevention of Elder Abuse (NCPEA): www.preventelderabuse.org 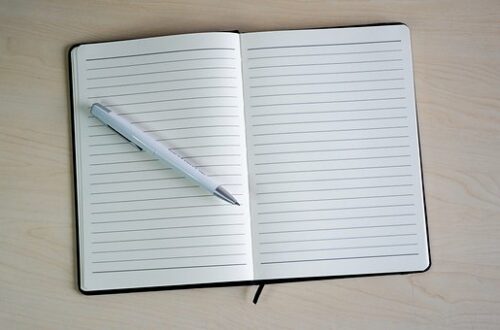 Start Journal Writing: 10 Benefits of a Reliable and Trustworthy Friend 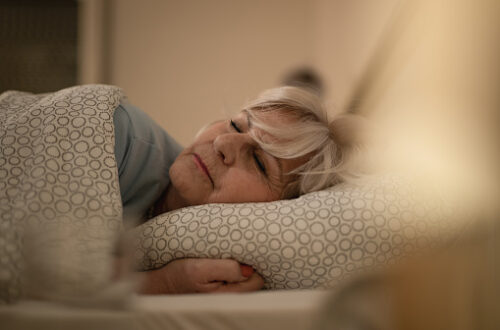 Improve the Quality of Your Life: Sleep 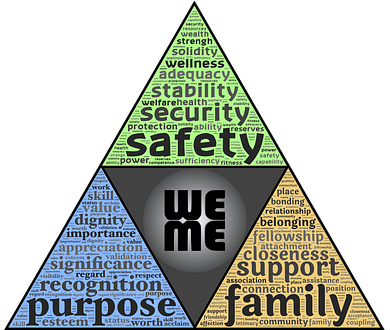