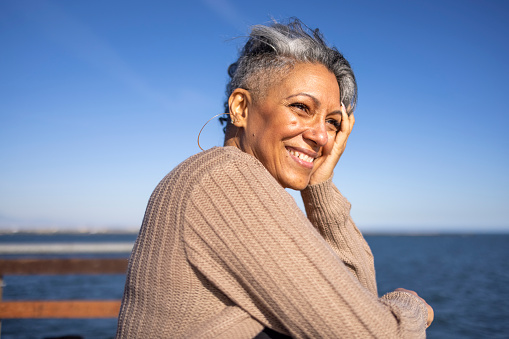 “I never found a companion that was so companionable as solitude.”—Henry David Thoreau

I chatted with a dear friend the other day who had always been single, in her mid-sixties, about being alone.

She had this to say: “I’ve led an active life with many friends. I have mentored many young women during my long 30-year career and even shared my experience with several men. 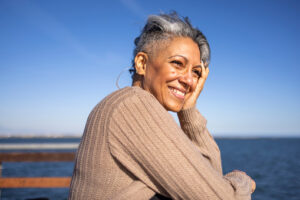 “But because of my strong independent streak, I have never been in a long-term relationship with a guy since my late twenties.

“Even now, after having had major hip surgery, while I find it difficult to do some stuff myself, I own my own home and have lived alone unafraid for most of my life. I feel no sadness.”

Merriam-Webster defines “singlehood” as “the state of being single and especially unmarried.” But most people now use the term to refer to people who are not in a long-term relationship.

In 2017, The Census Bureau reported that more than 110 million adults in the U.S. were not married. They were divorced or widowed or had always been single. Or, forty-five percent of all Americans aged 18 or older are single.

This figure is up slightly in the General Social Survey 2018 data showing that just over half of Americans between 18-34 (51%) said they do not have a steady romantic partner.

And the people, who did marry, according to the Census Bureau, were taking longer than ever to do so. According to the report, the median age of first marriage rose to 29.5 years for men and 27.4 for women.

According to Pew Research, by the time today’s young adults reach the age of 50, one in four will have been single all their lives.

If so, and if singleness is a conscious decision, what does this data mean to you?

In the 1950s, society viewed singleness as abnormal. But many today find singlehood just as fulfilling without a partner.

Of course, there are many sides to the issue of singlehood.

What Do the Experts Have to Say?

One expert in singleness, Bella DePaulo, Ph.D., Social Psychologist at the University of California, authored Singled Out: How Singles are Stereotyped, Stigmatized, and Ignored and Still Live Happily Ever After (2007).

Dr. DePaulo writes extensively in the literature on this topic, including Psychology Today.

Here are the titles of just a few articles that reference Dr. DePaulo and her work:

“Women Single and Loving It,” by Jeanie Lerche Davis on WebMD

“Why More Women Are Staying Single,” by Olivia Willis on ABC Health & Wellbeing

“There’s Never Been a Better Time to Be Single,” CNN Health (written by Dr. DePaulo)

Fiction 1: Marriage or long-term relationships ensure “happily ever after.” You will be happier, healthier, or better off by getting married. You will have peace and tranquility. You will have someone to share your life with and not grow old alone and die alone.

Truth 1: Yes, some studies show that married people are happier on average, but what about an abusive or unhealthy partnership? You will agree that such a situation can be psychologically devastating.

And there is no guarantee that you won’t die alone even if married. After all, how likely is it that you and your partner will die at the same time??

Fiction 2: Those who say, “Kids in single-parent homes are doomed!” These kids will end up as drug addicts, lawless, and anti-social, while parents with two parents have perfectly conflict-free households.

Truth 2: For instance, in her research, Sara McLanahan, Professor of Sociology at Princeton University, showed that “even a child in a stable single-parent household was likely to do worse on some measures than a child of a married couple.”

So, it is true that raising children in a loving environment where they have access to opportunities, resources, and quality time from their parents, will do well.

However, some studies show little to no differences between the kids raised by two parents and those in a single-parent home.

Summary: the difference of 1% meant that most of the children in single-parent households (94%) were doing fine.

Some situations do cause distress. Single-parent homes, for instance, are a matter of concern because many single parents and their children often will suffer from economic need and social disadvantages.

The question often becomes if one parent can raise children successfully.

To quote one single mother of three: “Many nights I would pray to God in tears and say to him: ‘I don’t know what to do tomorrow’”

Regrettably, this can be one of the “angst of singlehood” if you also happen to be a parent.

Another circumstance where singlehood may cause a woman in particular apprehension is when she loses her partner in death. A significant percentage of older women, for instance, struggle to stay out of poverty after becoming widowed.

In fact, for individuals 65 and over, the poverty rate for women across all ethnicities and races is 15.6% versus 12.2% for men.

(Source: Kaiser Family Foundation, How Many Seniors Live in Poverty)

Some who are single want partners. Perhaps they feel lonely. Others are seeking a “soulmate.” While it is true that a kind and loving companion can bring great joy to your life, singles should use caution and not rush into a relationship for the wrong reasons.

Marriage or a long-term relationship is not necessarily the solution to the problem of loneliness. For instance, poor communication can ruin a relationship. Feelings get hurt. One consequence could be that one partner becomes defensive and shuts down emotionally.

Would this not lead to loneliness?

So, if you feel lonely, why not address the problem before becoming attached? Adjust your attitude and habits. Take the initiative to make friends while you are still single and establish a solid foundation before entering into a long-term relationship.

Many people presume that most single women, in particular, are miserable and pining away for a partner.

Let me tell you a funny story:

Another friend, a sharp-looking, self-assured woman in her late 50s, called to tell me how tired she was of men trying to pick her up. One approached my friend at a gas station, another in a restaurant, and a third man at a social gathering—all during one week.

She had me cracking up when she described these gentlemen as pathetic and groveling and seemed ignorant that not all single women wanted to be “courted.”

She kindly declined all of these advances.

My friend, like numerous others, treasures her solitude. Many single women appreciate the opportunity to express their creativity. They embark on intellectual journeys or engage in activities that involve getting in touch with their spiritual selves on their terms.

Here is a short list of the “happiness of singlehood”:

They have absolute freedom to choose when it comes to careers, hobbies, or education!

Single people do not crave to be part of a couple (married or in a long-term relationship). They don’t have to compromise with another person. One sociology professor described living alone in your apartment as an “oasis.”

A high BMI, as we know, increases the risk of heart disease, type2 diabetes, and certain cancers.

This same article pointed out that mental health also improved because the single person has an increased sense of self-determination and enhanced personal development.

The Not-So-Happy While Single

Here’s a shortlist of the “angst of singlehood”:

One single woman says each month her bank account statement and credit card bills remind her that there is “no splitting the cost.”

Also, in the United States, there are more than 1,000 provisions (1,138 to be exact) in federal laws in which marital status is a big plus.

Social security is one example of the many benefits, rights, and privileges. If you’re married and your spouse dies, some of their benefits will go to you.

3. Emotions: one single woman said, “Being single is the worst feeling in the world.” She had physical needs, such as two people in bed and shared love and caresses. No, she isn’t at all happy being single. And she feels frustrated. Perhaps you agree.

4. Age: growing old alone scares many people. They fear they will die alone. Anxiety about this seems unreasonable. Anyone who nurtures family relationships and attends to their friends will have these people in their lives when tragedy strikes and as they age.

5. Health: some researchers say that married men, in particular, are healthier than single men. An article published in the Health Daily News on March 23, 2019, entitled, “Single, Free, But Not So Healthy?” states that new research suggests, “Single life has its charm and freedoms, but adults who never marry may not live as long as their wedded peers.”

Numerous studies going back 150 years suggest that married men were more likely to practice good health habits, such as regular visits to the doctor, than single men and thus live longer.

But this new survey, conducted by the University of California, Los Angeles researchers, focused on men who never married.

During an eight-year study, the researchers found that those who never married were 58 percent more likely to have died at the end of the study’s eight-year follow-up period than those who were widowed, divorced, or separated.

In conclusion, in this study, at least for men, marriage has a significant health benefit.

Another researcher, Howard S. Friedman, a psychology professor at the University of California, Riverside, disagrees.

(Single women, on the other hand, stay healthy despite not getting married.  They tend to have “good social networks” with people they can turn to when they need help.)

So there you have it. I’ve provided a brief discussion on the pros and cons, or should I say, the “Angst and the Happiness” of singlehood.

For many, singlehood is the way to go. It makes them happy and content to be on their own; they need freedom and control and having these far outweigh any potential drawbacks.

Others want a partner. They know that marriage is not a “magic bullet,” but feel “incomplete” without a life partner and crave someone to share their life.

Many single people say they are “single-at-heart.”

What does this mean?

Liz: “If you are single at heart,” this means single life suits you.”

Cynthia: “I think single-at-heart means you don’t aspire to live as part of a couple (married or otherwise).”

Anna: “I believe single-at-heart means I need my solitude. I need my own space.”

Misty: “Single-at-heart means that I find it more fulfilling to spend time on my own rather than with other people.”

Are you single at heart?

If you get nothing else from this article, be assured that you can have a life of bliss no matter what you choose—a single life or a life partner!

“I like being single. I’m always there when I need me.” –Art Leo 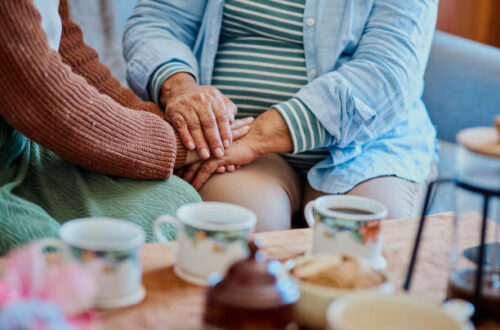 7 Harms to You of an Unforgiving Spirit 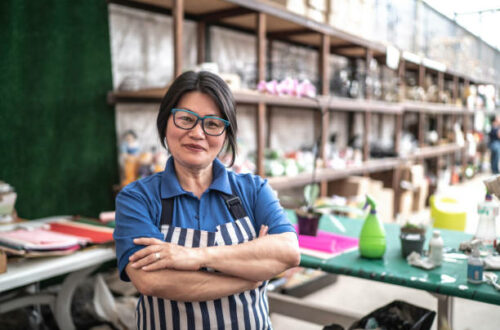 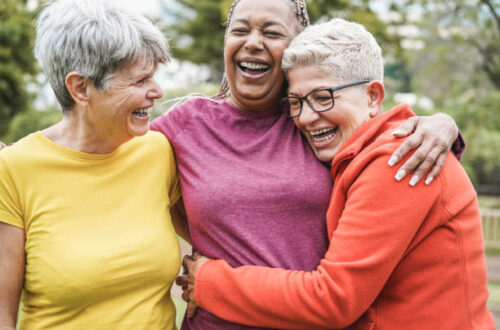