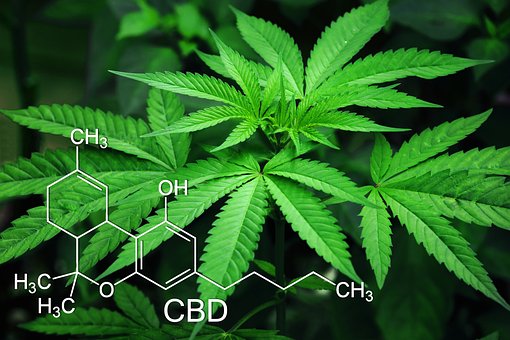 “The illegality of cannabis is outrageous, an impediment to full utilization of a drug which helps produce the serenity and insight, sensitivity and fellowship so desperately needed in this increasingly mad and dangerous world.”—Carl Sagan

Note: Cannabis, Marijuana, Weed, Pot, and Dope all refer to the same substance.

Anna grew up in New Mexico in a good family environment.

Marijuana was easy to buy because many people trafficked cannabis from Mexico.

But Jennifer, one of Anna’s girlfriends, was attracted to one of the boys who convinced Anna that smoking pot would not be harmful and that she would enjoy it.

So, Anna tried the drug and then gave the cigarette to Jennifer.

“It gave me a good feeling, and within a few weeks, I was smoking pot daily,” Anna says. “After a month or so, the pot no longer gave me much of a high, so I began to take amphetamines and smoke pot.

“Soon my friends and I were totally wrapped up in the world of drugs. We would talk about nothing else except who could take the most drugs without getting sick and who experienced the best high.”

In 1976, marijuana was illegal to buy or sell in the United States.

And 1976 was the beginning of parents’ nationwide movement against marijuana to prevent use by teenagers.

As you might know, dear reader, not long after, in the year 1986, President Reagan signed the Anti-Drug Abuse Act, instituting mandatory sentences for drug-related crimes.

Thus, while the U.S. authorized medical cannabis in parts of the country for many years, it was not until November 2022 that 21 that states, along with Washington, DC, and Guam, legalized recreational marijuana, or cannabis (also referred to as weed or pot).

At the writing of this article, as noted above, while the medical use of cannabis started in 1996, it was in 2022 when 21 states in the U.S. legalized recreational cannabis; the other 18 states where medical marijuana is legal still have restrictions on casual use.

Marijuana is now widely popular and used throughout the states.

However, this article is not about the accepted use but the medical use of marijuana to treat common conditions.

So, What Is Marijuana Anyway? A Short History

But there are differences between marijuana and hemp.

The significant difference between marijuana and hemp is their psychoactive component: tetrahydrocannabinol, or THC.

Hemp has 0.3% or less THC. Thus, products made from hemp don’t contain enough THC to make you “high” as marijuana does.

I should also mention CBD.

Cannabidiol (CBD) is a chemical found in marijuana that does not contain THC and therefore does not cause a “high.”

CBD is derived from hemp and non-hemp plants.

You can find CBD in consumer products:

Possible side effects of CBD:

One recent study found that some Americans view hemp and CBD as over-the-counter medications.

Just today, at a Zoom meeting I attended, the presenter mentioned rubbing herself with CBD lotion.

Marijuana is a drug prepared by drying the leaves, flowering tops, stems, and seeds of the hemp plant known as Cannabis sativa, the name sometimes used for it: cannabis. Its common name is “pot.”

Most ancient cultures did not grow the plant to get high but as herbal medicine.

The history of marijuana use in China reaches back some 4,000 years when the ancient Chinese might have been the first cannabis farmers.

It spread to India, where religious ceremonies used marijuana.

In India, marijuana is called bhang.

Hashish is another form of cannabis, made from the plant’s resin and usually pressed into the shape of blocks or chunks of varying potency.

Hashish and an oil made from it are of greater strength than marijuana.

There is a myth that Napoleon Bonaparte created the first anti-marijuana law in modern history during his military campaign to Egypt around 1800.

The truth is the divisional commander Jacques-Francois “Abdallah” Menou, a converted Muslim who married the daughter of a prominent Egyptian Sunni bathhouse owner from Rosetta in 1799, who banned hashish.

Menou viewed intoxication of any kind as an offense against Islamic law and a threat to the colony’s Franco-Arab unity, which banned hashish, the intoxicant of choice among the rank and file at the time.

In 1798, when French soldiers found themselves indefinitely marooned in Egypt for more than a year without consistent wine and liquor rations or any means to produce fermented drinks, many of the Army started smoking hashish—laced with confections, to get high.

The intoxicated men behaved badly; they mistreated the Egyptians.

So, on October 8, 1800, Menou issued an order banning the production, distribution, and consumption of hashish across Egypt.

Napoleon was not involved in or even knew of the hashish bans in Egypt passed by Menou.

The cannabis or hemp plant, originally from Central Asia, evolved so that clothing, paper, sails, and rope included hemp fiber, and people ate the seeds as food.

Because hemp is a fast-growing plant that is easy to cultivate and has many uses, hemp was widely grown throughout colonial America and the Southwest in the early 1600s.

Do not confuse cannabis with hemp.

According to legal standards, hemp contains less than 0.3% of THC.

Unlike hemp, cannabis was illegal under federal law in the U.S. and classified as a Schedule I controlled substance until recently when some states legalized and decriminalized the recreational use of cannabis.

Political and Racial Factors of Marijuana

After the Mexican Revolution of 1910, Mexican immigrants flooded into the U.S., introducing to American culture the recreational use of marijuana leaf.

Due to anti-drug campaigns, the U.S. attributed terrible crimes to marijuana and the Mexicans who used it.

During the Great Depression, unemployment increased, and public resentment grew against the Mexican immigrants, escalating public and governmental concern about the problem of marijuana.

The U.S. linked Marijuana use to violence.

Why Was Cannabis Considered Dangerous to Health and Well-Being?

In 1976 some researchers in The Detroit Free Press noted:

“Even moderate regular use of marijuana could have bad effects, reporting the marijuana and its big brother, [hashish] are indeed dangerous to mental health when used regularly, even once or twice a week.”

More recently, according to the Centers for Disease and Prevention (CDC):

“People who use marijuana are more likely to develop temporary psychosis (not knowing what is real, hallucinations, and paranoia) and long-lasting mental disorders. Marijuana use has also been linked to depression; social anxiety; and thoughts of suicide, suicide attempts, and suicide.”

According to one study published in the Journal of American Geriatrics Society online on October 7, 2020, 61 percent of patients who used cannabis began after age 60.

For what purpose did older adults use cannabis?

Some of the most common reasons:

The senior population, adults 65 and older, use cannabis to treat age-related medical conditions such as arthritis, diabetic neuropathy, and various symptoms such as chronic pain, sleep difficulties, tremor, spasticity, agitation, nausea, vomiting, and loss of appetite.

“In June 2018, the U.S. Food and Drug Administration (FDA) approved the first cannabis-based prescription drug: Epidiolex (cannabidiol). This milestone gives hope to individuals who suffer from pain and chronic health conditions that are poorly managed through traditional pharmaceutical drug therapy. Continuing medical research and legal progress are needed to spur changes in the regulation, accessibility, and coverage of marijuana-derived products.”

Medical marijuana is available as an oil, pill, vaporized liquid, and nasal spray.

But there are numerous possible side effects to marijuana.

A few possible side effects:

How does cannabis work?

Cannabis is a plant that makes a thick substance full of compounds called cannabinoids that cause drug-like reactions in your body. There are more than 100 of these chemicals in cannabis.

The most common cannabinoids found in cannabis products are CBD (cannabidiol) and THC (tetrahydrocannabinol).

You will find THC and CBD in both marijuana and hemp. However, you will find much more THC in Marijuana than in hemp, although hemp has a lot of CBDS.

While cannabis is possibly effective for Multiple Sclerosis (MS) and nerve pain caused by HIV and other conditions, cannabis is not the be-all, end-all desired by many.

Could cannabis be safer?

Which conditions could cannabis be most effective in treating?

There is not enough reliable information to say whether cannabis might help treat common conditions in older adults:

“There seems to be potential with cannabis, but we need more evidence-based research. We want to find out how cannabis compares to current medications available.”

The demographics of cannabis have changed over the years.

Social acceptance of marijuana has risen now that more states have some form of legal marijuana.

For instance, a report from CNBC examines the best strains of marijuana for adults 65+.

Links that discuss the best strains of cannabis for seniors:

According to the Marijuana Statistics in the U.S.: Cannabis Use & Abuse (2022 data update) report, 52 million Americans will have consumed marijuana by the end of 2022, and 74% or 248 million Americans now have access to some form of legal pot.

In addition, 67% of physicians favor the nationwide legalization of medical cannabis.

And by 2030, the legal recreational industry of cannabis could grow from $20 billion and become a $58 billion industry.

However, as the interest in cannabis grows, so too grows the need for further medical research into cannabis.

The rise in availability of CBD-only products, the non-psychoactive cannabinoid in contrast to THC-containing products, likely means a more significant proportion of older adults using cannabis or cannabis-based products for the first time.

There is a growing interest in uncovering the potential health benefits for older adults using cannabis to treat medical conditions.

But using cannabis and CBD products is not risk-free; efficacy data are lacking.

I have only scratched the surface and revealed minimal information on the subject.

I implore you to please consider the possible side effects and risks I shared earlier in this article when using both marijuana, which contains THC (the compound that gets you “high,”) or CBD-only products.

And check with your doctor first before using any cannabis-based product promising pain relief.

The experiments continue to answer this question.

Meanwhile, I urge you to consult with your physician before using cannabis for any reason.

Good health to you!! 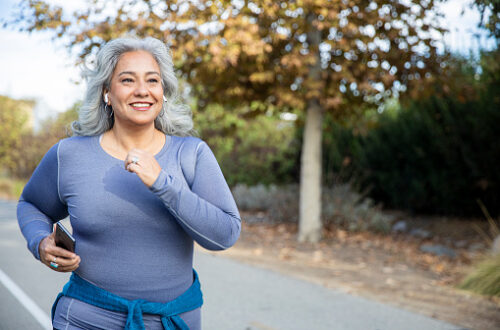 Your Illustrious Gray Hair: A Crown of Beauty 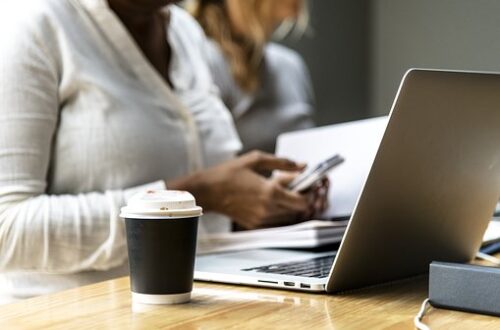 Are You Sitting Your Life Away? 7 Tips to Reduce Health Risks 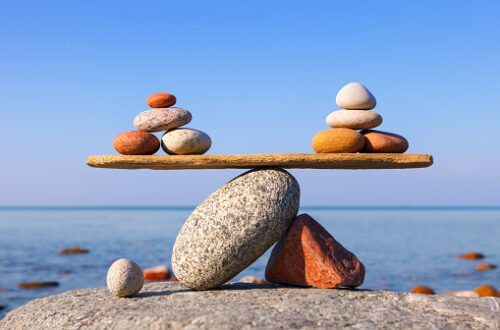 How to Create Work-Life Symmetry